Accessible to almost anyone, including children, adults, senior citizens and people with disabilities.

Physical and mental development influences every area of a person’s life.

Learn respect for others, with strict moral and ethical principles, and its humanitarian approach to life, Judo participants are taught to strive for physical, intellectual and moral perfection

For over 25 years Camberley Judo Club has been one of the UK’s top judo clubs. A totally unique judo club we have programmes for everyone from children through seniors to elite athletes competing at international level.

Whether you are a youngster or adult looking for fun and fitness or a serious elite judoka looking for that winning edge we can can cater for your training needs.

Judo consists of throwing and grappling techniques to suit all shapes and sizes. It is a real fighting sport where you actually come to grips with your opponent, specialising in close-in fighting – just what you need for effective self-defence. It emphasises free-form practice rather than rigid, repetitive routines, and this freedom of expression provides interest, enjoyment and a challenge for any tactician.

The benefits of judo are numerous. Apart from having a lot of fun and meeting people, the ‘judoka’ develops confidence, coordination and balance, falling skills, efficiency of movement, and self-defence skills. It is the perfect activity for improving one’s physical fitness, as training in judo improves aerobic capacity, flexibility and strength, and is an excellent activity to complement other sports. Indeed the principles of judo can not only be applied to other sports, but as a way of approaching and living life. 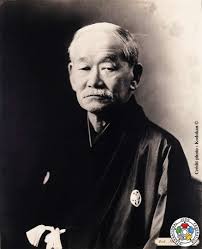 The Origins of Judo

Modern judo has its origins in jujitsu, a fighting art that can be traced back over a thousand years into Japanese history. Judo itself, however, is a relatively recent synthesis and owes it existence to the genius of one man: Dr. Jigoro Kano.

Jigoro Kano was born in the seaside town of Mikage in 1860. He and his family moved to Tokyo in 1871. Mr. Kano studied politics and literature at Tokyo Imperial University. He became an instructor of the Gakushuin in 1882 and eleven years later, he was appointed the Headmaster of the Koto Shihan, a teachers’ training school. In 1909, Professor Kano became the first Japanese member of the International Olympic Committee and two years later, he founded the Japanese Athletic Association and became its first president. Because of his many contributions in the field of athletics, Professor Kano is called the “Father of Physical Education and Sport” in Japan.

Professor Kano is internationally known for the development of judo. Until he was 18 years of age, Jigoro Kano was physically weak. He resolved to improve himself by studying at two jujitsu schools. He soon realized that each school had its strengths and weaknesses. Because there was unnecessary roughness and crudeness in the jujitsu techniques, and because it was difficult to practice without injury he began to reconstruct jujitsu. As he states in his own words: “…so by taking together all the good points I had learned from the various schools and adding thereto my own devices and inventions, I founded a new system for physical culture and mental training.” Kano called his new system Kodokan Judo to differentiate it from the jujitsu forms. “Judo” means “the gentle way” and “kodokan” generally means “a school for studying the way”, “the way” being the concept of life itself.

Again, in Kano’s words:” “There are two reasons why I avoided the term ‘jujitsu’. One is that there were jujitsu schools which often indulged in violent and dangerous techniques in throwing or twisting arms and legs. Seeing these things, many people came to believe jujitsu was harmful. Again, in an exercise hall where supervision was inadequate, the senior pupils would wantonly throw down juniors or pick quarrels, so that jujitsu was despised as something that made rowdies of young men. I wished to show that what I taught was not a dangerous thing, and would not needlessly injure any person, that it was not the jujitsu as it was taught by some people , and that it was “judo”, an entirely different thing.

“The second reason was that when I began to teach jujitsu had fallen into disrepute. Some jujitsu masters made their living by organizing groups composed of their followers, and putting on exhibition matches to which admission fees were charged. Some went so far to stage bouts between professional sumo wrestlers and jujitsu men. Such degrading practices of prostitution of martial arts were repugnant to me, so I avoided the term jujitsu and adopted judo in its stead.”

The Kodokan was first established in 1882 with only nine students the first year. Soon, the new Kodokan Judo became the center of public attention. But its practical merits were looked upon with contempt by most old jujitsu men, including master Hikosuke Totsuka. There soon developed a keen rivalry between the Kodokan and the Totsuka School. Things came to a head in 1886. In Kano’s words: “Under the auspices of the Chief of Metropolitan Police, a grand tournament was arranged between both schools. This was a decisive battle. Defeat would have been fatal to the Kodokan. But in that tournament, to which each school sent 15 picked men, the Kodokan won all the bouts excepting two, which ended in a draw. That brilliant victory established once and for all the supremacy of Kodokan Judo over all jujitsu schools.”

One of the principles of judo is that a stronger opponent can be defeated by turning his strength against himself. Professor Kano explains how in yielding there is strength: “Suppose we estimate the strength of a man in units of one. Let us say that the strength of this man is 10 units, whereas my strength, less than his, is 7 units. Then if he pushes me with all his force, I shall certainly be pushed back or thrown down, even if I use all my strength against him. This would happen from opposing strength to strength. But if instead of opposing him, I leave him unresisted, withdrawing my body just as much as he pushes, at the same time keeping my balance, he will naturally lean forward and lose his balance. In this new position, he may become weak (not in actual physical strength, but because of his awkward position) as to reduce his strength for the moment, say to 3 units only instead of 10 units. But meanwhile I, by keeping my balance, retain my full strength, as originally represented by 7 units. Here then, I am momentarily in a superior position, and I can defeat my opponent by using only half of my strength, or 3 1/2 units against his 3 units. This leaves one-half of my strength available for any other purpose. If I had greater strength than my opponent, I could of course push him back. But even if I wished to and had the power to do so, it would still be better for me first to give way, because by so doing, I should have greatly saved my energy and exhausted my opponent’s.”

Jigoro Kano died in May 1938 while returning from the Cairo International Olympic Conference. Men’s judo was first included in the Olympic Games in 1964 and became a permanent part of the Games in 1972. In 1992, women’s judo became part of the Olympic Games as well. Kano defined the two principles of Kodokan Judo as “Maximum Efficiency with Minimum Effort” and “Mutual Welfare and Benefit”. He said that “physical education should train the body to be strong, healthy and useful in actual life and also make a contribution to the culture of the mind.” His system of judo is just that.